Simulation of Groundwater Flow and TCE Contaminant Transport in the Vicinity of the Pauzé Landfill, Perkinsfield, ON 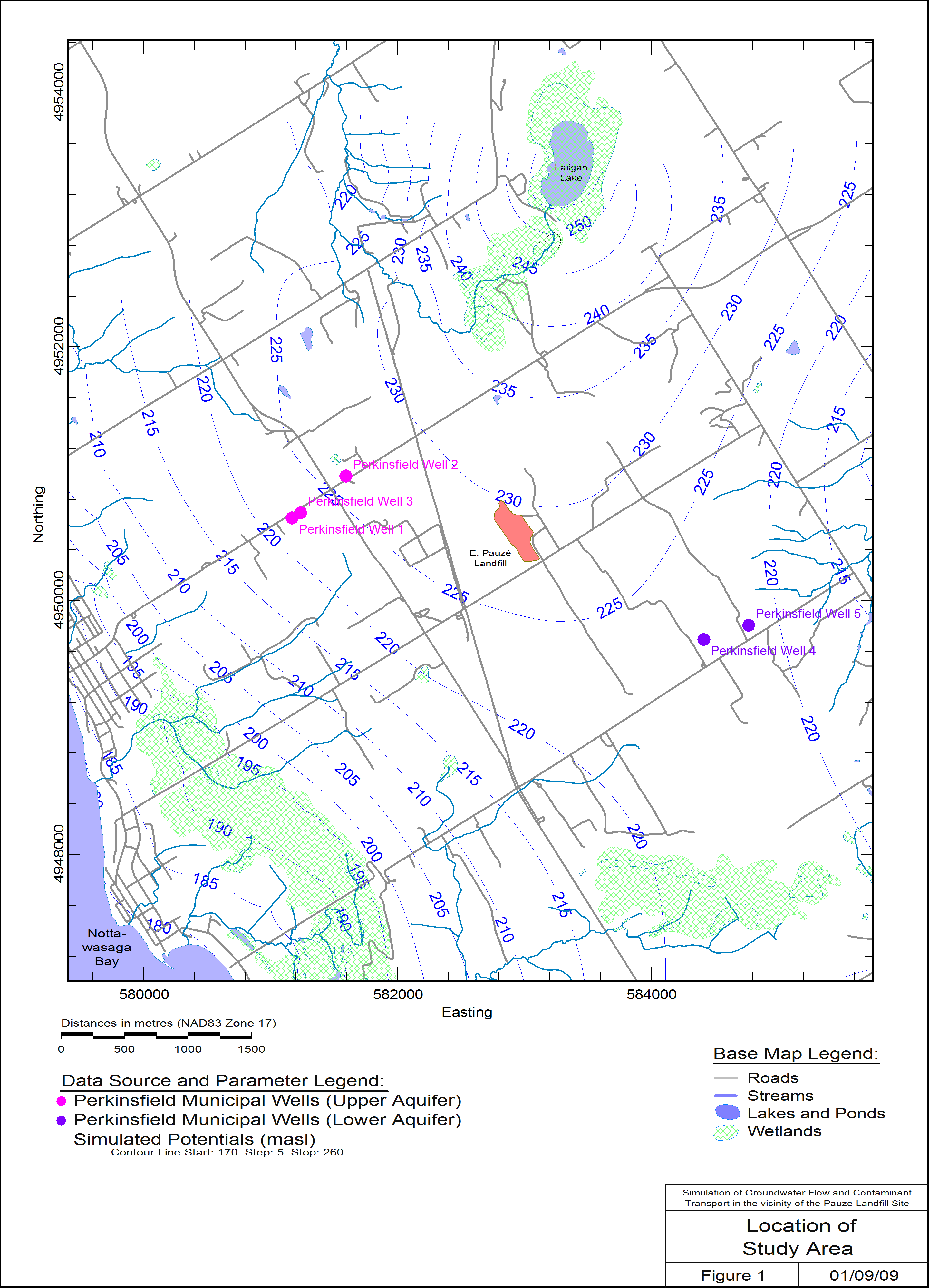 The Eric Pauzé Landfill site (Figure 1) is located in Tiny Township, Simcoe County approximately six kilometres south-west of the Town of Midland. The site was a former sand pit and was operated as a landfill from 1966 to 1984. During this time, the landfill site received solid and liquid industrial wastes and sewage sludge. The waste was disposed in on-site pits and a sewage lagoon as well as in the landfill. The liquid industrial wastes were known to include used organic solvents (including TCE), waste petroleum products, and paints.

Site investigations in the 1980s identified a leachate plume emanating from the landfill site. The plume included organic compounds that were found to be migrating south-west of the main landfill area. The chloride plume extended over 1400 metres from the site by 1990 and likely travelled an additional 400 to 800 m at the time of this study. The TCE plume was retarded yet following similar transport pathway.

Earthfx was retained to evaluate potential adverse effects from the organic compounds in groundwater including predicting the likely ultimate extent of the TCE plume. We began with the construction of a 3-dimensional geologic model of the area around Perkinsfield. Next, we developed and calibrated a 3-dimensional groundwater flow and transport model to simulate migration of TCE and other organic compounds. The flow model was based on the USGS MODFLOW code and represented the surficial sands and the deeper semiconfined Pauzé sand aquifer. 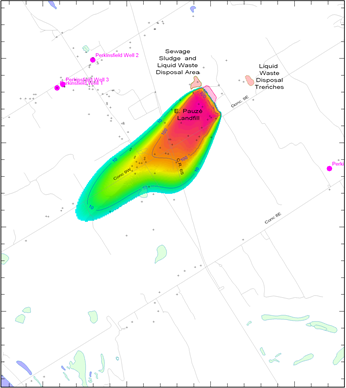 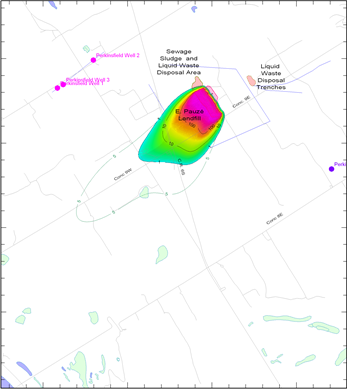 The MT3D code was then used to simulate solute transport within a subarea surrounding the landfill site. The model was first calibrated by matching the extent of a chloride plume emanating from the landfill site (Figure 2A). Migration of TCE was then simulated. Results showed that the processes of adsorption and degradation served to attenuate the extent of the TCE plume movement. After 20 years, the front edge of the TCE plume (Figure 2B) is predicted to be half the distance from the landfill site as the chloride plume.