Working for the Toronto and Region Conservation Authority (TRCA), Earthfx provided key surface water and groundwater analysis components of the Humber River Watershed Plan. The watershed is the home to over 800,000 residents, including the western portion of the City of Toronto. 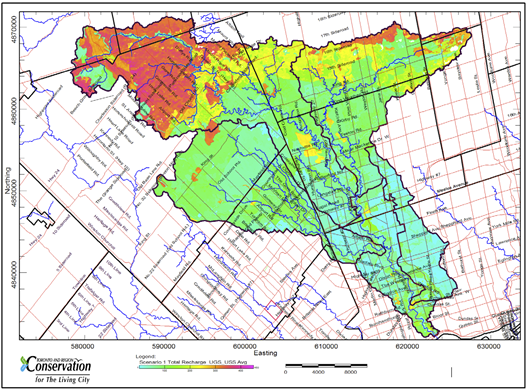 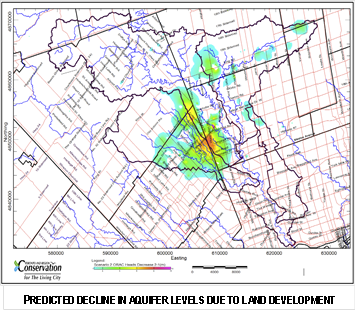 Future scenarios included assessment of the effects of LID features such as green roofs, permeable paving, and infiltration trenches. These features were represented at the lot level in the high resolution (25 m cell size) PRMS model. Code modifications were made to the PRMS model to allow simulation of lot level LID storage (i.e. rain barrels, galleries) and impervious to pervious runoff routing.

Future climate scenarios were undertaken to assess long term recharge and groundwater levels under a warmer and wetter climate.

The PRMS and MODFLOW simulations initiated in this project were subsequently merged into a fully-integrated GSFLOW model of the entire TRCA. This model, completed in 2014, further quantified the effects of land development and drought conditions on water resources in the TRCA watersheds.