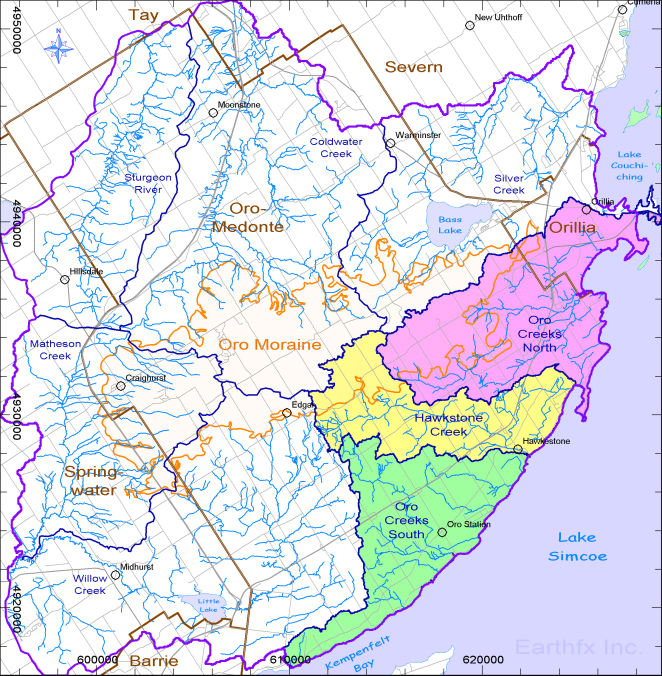 The Lake Simcoe Protection Plan contains policies requiring that each subwatershed in the Lake Simcoe Watershed undergo a Water Budget and Stress Assessment to understand the water demand and how the watershed will likely respond to future conditions such as land-use change, increases in water demand, and drought. The Plan also calls for the protection of significant groundwater recharge areas that sustain sensitive features such as cold-water streams and wetlands.

The study watersheds included the North Oro, South Oro, and Hawkestone Creeks subwatersheds which drain to Lake Simcoe. These catchments intersect the Oro Moraine, an area of high recharge that provides headwater flow to numerous streams that drain to Lake Simcoe, Minesing Swamp and Georgian Bay. A broader understanding of the hydrology and hydrogeology of the Oro Moraine was necessary to characterize the three subwatersheds and, in particular, understand the movement of groundwater across subwatershed boundaries that could influence groundwater pathways. Accordingly, a fully-integrated surface water/ groundwater model was developed for the entire Oro Moraine region using the open-source U. S. Geological Survey GSFLOW code. The integrated model was developed with a particular focus on the shallow groundwater flow system, headwater streams, and wetlands that form on the flanks of the Oro Moraine. The geology is complex and consists of alternating tills and sand deposits which have been dissected by glacial tunnel channels. 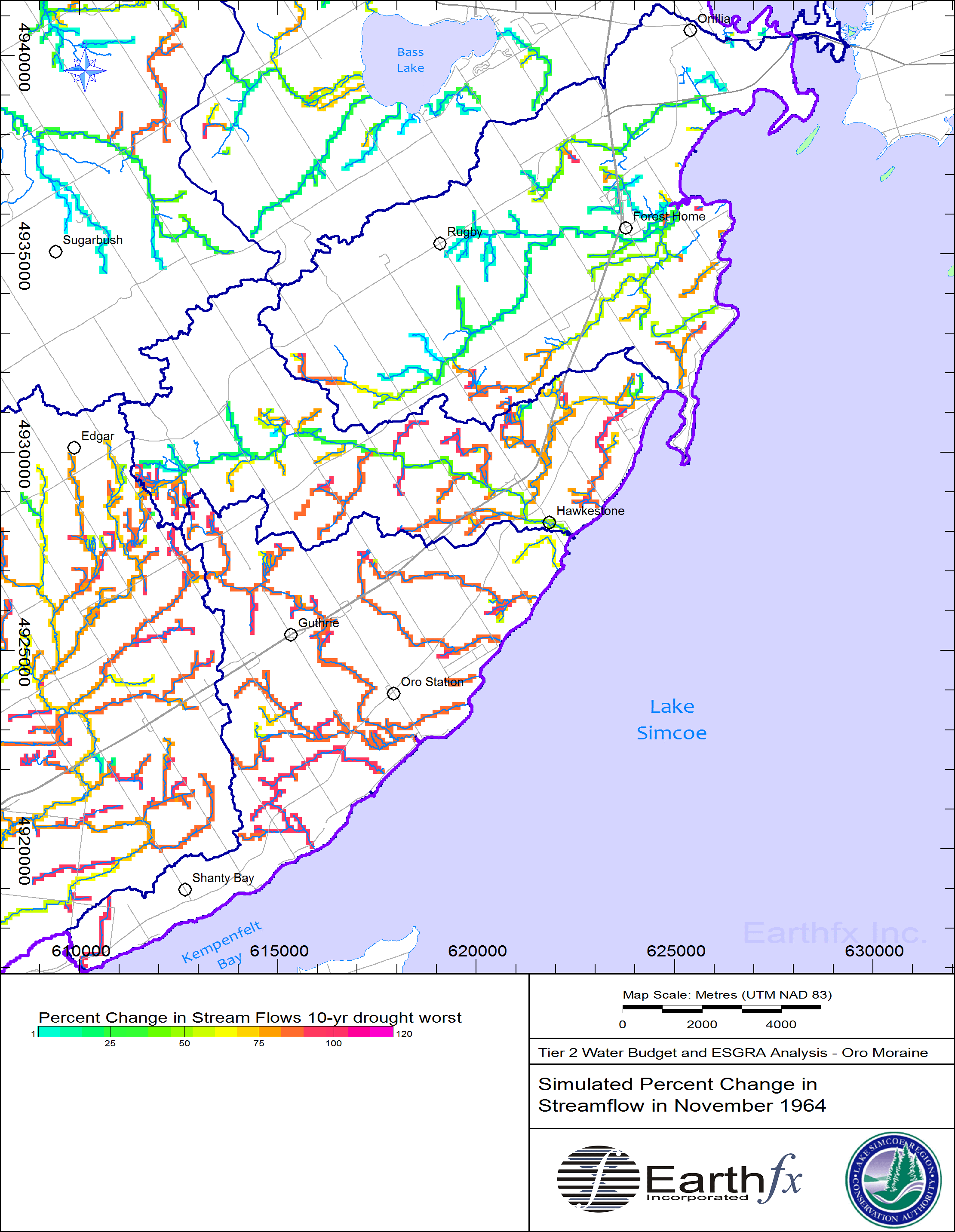 The study showed that the three subwatersheds have a low potential for stress under existing and future water use conditions. Transient simulations on a daily time step were conducted to assess the effects of a 10 year (historic) drought on groundwater levels and groundwater seepage to streams. The simulations showed that the groundwater-fed streams, particularly headwater reaches that are sustained by local groundwater recharge, are severely affected by extreme and prolonged drought conditions. Streams that are connected to the Oro Moraine by deeper regional groundwater flow paths are much more resilient. While the three subwatersheds were superficially very similar, the modelling clearly illustrated that drought sensitive streams are

predominantly located in the till-covered South Oro watershed, while the main branch of Hawkstone Creek and most of the North Oro Creek reaches are less sensitive because of the underlying geologic structure and groundwater connection to the Oro Moraine. 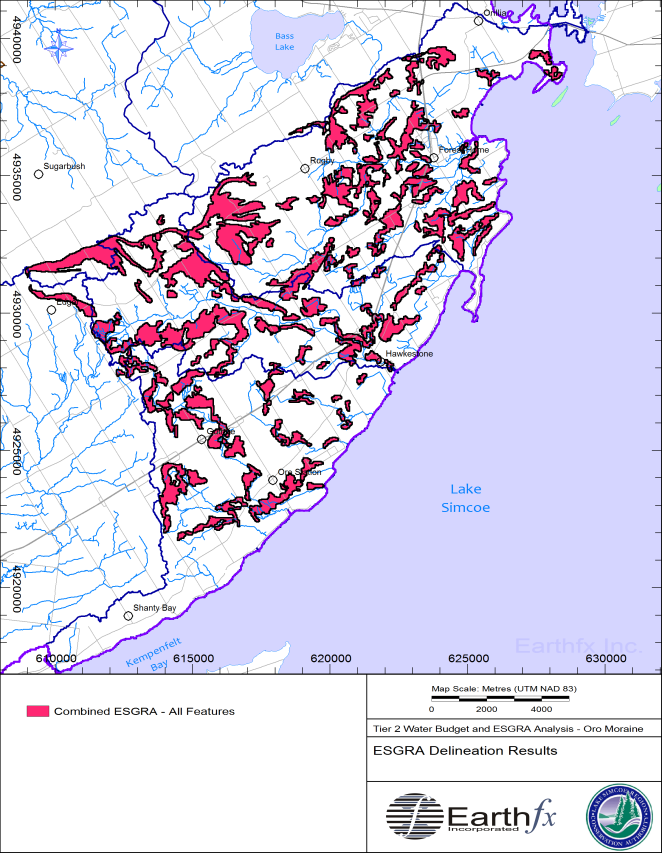